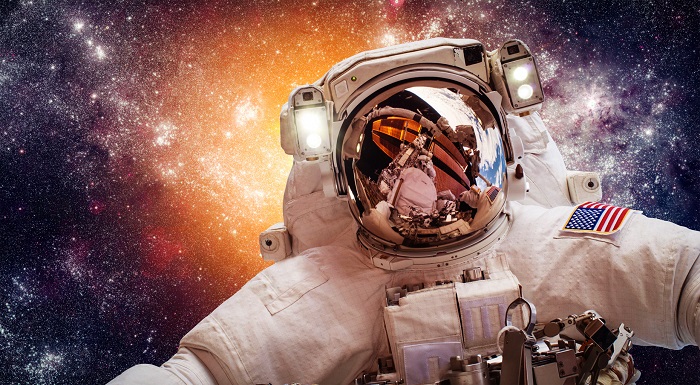 NASA Posters The Samples of the Coolest Space Images

The National Aeronautics and Space Administration deals with the civilian space program, aeronautics and aerospace research. This agency does a lot of interesting work and there are many people, who’d like to work there. In order to become closer to the dream, they read the NASA news, watch their programs and decorate the walls with space posters.

NASA posters are, of course, connected with the space exploration. They feature the images of the galaxy, planets, astronauts and other space related things. However, such prints aren’t only used for the wall decoration of space travel and research fans’ rooms. Their usage is much wider.

For example, NASA space posters can be used for the ﻿educational purpose﻿. The astronomy lessons become much more interactive with their help. Moreover, such prints are used for teaching the future NASA specialists.

The space prints can be used for various presentations and conferences, related to the topic, and serve as a great visualization tool. They can be also applied in advertisements and promo actions.

Besides ordinary NASA posters, there are also the ones, created with a certain aim. For example, the agency releases the posters, dedicated to its missions, space travels as well as propaganda and recruitment prints.

So, let’s consider the most interesting examples of the posters, released by NASA.

The Mars Explorers series of the posters tries to make people interested in the space exploration and push them forward to become the part of the workforce on Mars. The posters are designed in the same retro style as the latest posters about space tourism and look like the posters from the past.

The posters depict the explorers, surveying the alien world, growing food, building and repairing things, teaching children on the surface of Mars. They also show that people of different professions are needed: from farmers to technicians.

The posters, telling “We need you” and “Mars Explorers Wanted” explain the aim of the creation of these posters. NASA needs more people for the exploration of the Red Planet and seeks for the brave ones, who are ready to become a part of the team. The NASA states: “We need many things for our Journey To Mars, but one key piece is YOU!”.

The recent series of posters, dedicated to space travels, gains much attention. The posters are designed in retro style and aim to turn our attention to the future, where the space travels will become a part of our life and we will be able to travel to Mars, Venus, Jupiter and other planets.

The creators of posters aim to show us the day when the scientists and engineers will make it possible to travel to other planets and make our dreams about space travels true.

One of the examples is the poster above. It offers multiple tours to Mars and features the great milestones, which the humans have passed in the process of Mars exploration. Though, everything is still in the future, this poster helps us to believe that this future is near.

Other types of NASA Posters

There are much more NASA posters, dedicated to space exploration. Here are the most popular samples. The images of Earth are frequently used not only for educational and scientific aims, but also for a number of other ones, including interior design decoration and advertising. Moreover, in some cases such a print can be a nice substitution for a world map poster. The Planets of the Solar System Poster

The Solar System pictures help us to imagine how our planet is located in the space. The image may feature the planets location as well as more detailed pictures of the parts of the Solar System. There are also such prints, which look more like art and can become a nice decoration for home or office.

Many of us wonder what the outer space looks like and NASA space posters help us to imagine that. The images can depict the space as a whole or be more concentrated on certain details. A Spaceship and Satellite Poster

Those, who are addicted to space travels, like the images of spaceships, shuttles, space stations and satellites. Such posters look very cool in modern designs.

The photos, made during NASA missions, can serve as inspiration for those, who dream about space travels. They can push people forward to make their dreams true. Moreover, they are educational and serve as the proofs of space exploration. This kind of posters is most liked by children, who dream about becoming astronauts. The images of humans in the space look really cool, even if they aren’t the true photos.

The informational NASA posters are used not only at educational establishments and scientific centers but also by ordinary people, who are interested in the topic. The infographics may be dedicated to various things, for example, they may tell about the characteristics of a certain planet, show the history of its exploration or depict the structure of a spaceship.

Of course, our examples show just a tiny part of the posters, released by this agency. However, now, you have a general idea of what a NASA poster is and how it can be used. You are free to continue your investigation and find more amazing images.